Abstract: For most Catholics, the experience of belonging to “church” and of feeling the bonds of a spiritual family takes place in their local parish. So it is vital that our parishes become welcoming and affirming places for LGBT people, their parents, and families.
Of the thousands of Catholic parishes in the United States, only a few hundred have created a welcoming space for sexual minorities.
These parishes become models for what a true Christian community should be.
Here is a snapshot of a vibrant United States parish with an outreach ministry that educates and affirms sexual and gender diversity.

Sister Jeannine Gramick has been a Roman Catholic nun for more than 50 years. While obtaining her Ph.D. from the University of Pennsylvania, she met a gay man and became involved in a pastoral outreach to lesbian and gay Catholics. Her religious community assigned her to LGBT ministry in 1977.
She co-founded New Ways Ministry, Catholic social justice center in the United States that works for justice and reconciliation for LGBT people and the Church. Her books include Homosexuality in the Priesthood and Religious Life, The Vatican and Homosexuality, Building Bridges, and Voices of Hope.
In 1999, the Vatican’s Congregation for the Doctrine of the Faith declared that she should cease her ministry. She responded, “I chose not to collaborate in my own oppression” and she continues to advocate for LGBT people with the approval of the Sisters of Loretto. Her ministry is documented in the film, “In Good Conscience: Sister Jeannine Gramick’s Journey of Faith,” by the Peabody and Emmy award-winning director, Barbara Rick. 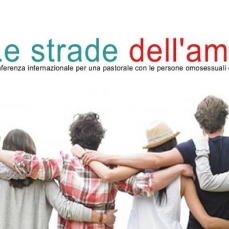